This is what my colleagues have to say about my work:

"Victor’s leadership has created the best IT infrastructure and the most supportive IT team that I have experienced at any school in my entire career. Victor played a key role in designing the IT infrastructure of KAS’s newly built campus. His ideas and perspectives about technology and learning are evident throughout not only the physical plant but in the nexus of technology and pedagogy at KAS. Because of Victor’s vision for technological integration, teachers and students together operate seamlessly on our campus."

"Victor really listens to everything you say and immediately acts to make changes. He has a vision for not only solving problems but to how to avoid similar ones in the future. New technology is frequently being purchased and we get to test it, which is super cool. We get to interact with other teachers and learn technology ourselves through the conferences we attend."
Tech AmbassadorFeedback
Survey (March 2015)

"Thank you for your patience and support during the last few months.  You are the absolute best technology person I have ever worked with(...). You always make me want to be better and this is such an indicator of an awesome teacher and leader."

"I rate you as one of the top hires I have ever made. You came to us during our first year of the one-to-one computer initiative. This was quite a challenge because few pieces were in place and staff was not really prepared for this major transition. (...) (I)t was your leadership that paved the way and (it) would not have happened with this degree of success without you.(...) Our budget and budget process in IT was in turmoil for the years before you arrived. Today you have built a budget that is honest, realistic and focused on the future. Out School Board and myself have complete faith in you and support your budget requests and never have to question your purchase orders. You are frugal but still "Think Big" and lead us in a very positive way. (...) We have the perfect person heading up our IT Department, especially with the new school being built in the next two years. We thank you for a job very well done."
Dr. Thomas Farrell - Superintendent
Kaohsiung American School (June 2013)

"In 2001, Josephinum Academy made a commitment to increase significantly the use of computers and other technology in our teaching and administrative work. During the last five years, we were able to create three Internet accessible computer laboratories, wire all classrooms and offices in the building for Internet access, and acquire new computers for use by our faculty staff and students (our computer ratio is now one computer for every two students in the school). In the last two years we have moved to curriculum mapping, on-line grading, and next on the agenda is allowing parents to access data about how their daughters are performing in their various classes through our website. Coordinating this major transformation was an enormous task and would not have been accomplished without the leadership vision, and hard work of Victor Boulanger.(...) He has my highest recommendation."

"Victor is highly influential among the faculty - this year he has been at the forefront of designing and implementing professional development initiatives for the faculty with great success."
Karen Ekpenyong - Dean of Students
Josephinum Academy (April 2007)

"In my years of teaching, I have had the the privilege to work with many talented people. I honestly have to say that I've rarely found such a wealth of qualities in one person, Victor has enthusiasm, a great sense of humor, profound knowledge of the subject, and the ability to communicate his passion for learning to everyone around him."
Mark DeSalvo - Consultant
Josephinum Academy (May 2004)

Popular posts from this blog 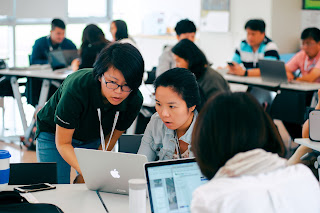 Technology Innovators We have many great technology innovators in our international institution. A strategy to support them requires as a preliminary step to identify who these various actors are. Some have already been identified and organized: Tech ambassadors program established leaders Tech crew program for aspiring innovators Others still need to be recognized: Admin and leadership teams Users who are not yet tech ambassadors Onboarding users who are not in the tech crew Tech Ambassadors Program We initiated a thorough review of the main axis of our  strategy to support and empower the learning leaders at Kaohsiung American School: the existing KAS Tech Ambassadors program. The following document details the origins of the program from its inception to its self-determined mission. It further examines the accomplishments and challenges that have been met leading to a reflective piece by Victor on its past 3 years. Tom develops the existing foundation into a the leade
Read more 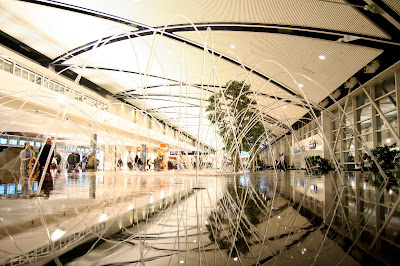 This is an extract on the case study done by KiSSFLOW regarding the implementation of their process automation solution by Kaohsiung American School IT department. The Need For Office Process Automation KAS is a hundred strong professionals who cater to over six hundred users across their campus. Like most international organizations, KAS too has numerous processes taking place throughout the year: finance, administrative and HR processes, most of which were carried out over paper. Even the simplest of processes, such as leave request approval, was taking days to complete. Although the flow of office processes were well defined, the medium through which they were carried proved to have numerous cracks for them to fail. Process Automation with KiSSFLOW Together with Lena Wang, our Systems Analyst and Robert Chuang, our Senior Technology Specialist, I was looking for a system to transform our organisation into a more productive and paperless atmosphere. A simple system throug
Read more 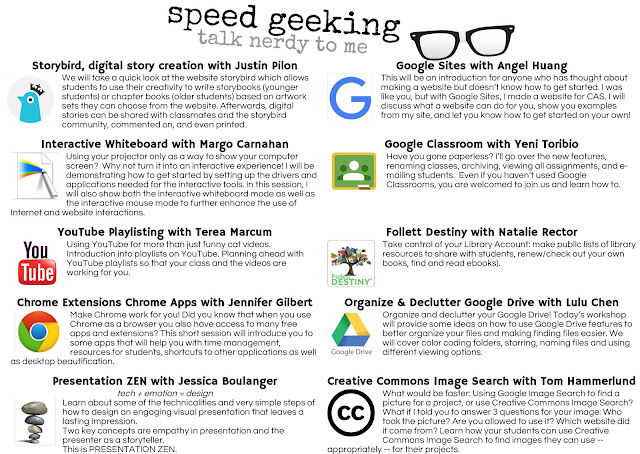 For this part of the course, Tom and I initiated a thorough review of the main axis of our  strategy to support and empower the learning leaders at Kaohsiung American School: the existing KAS Tech Ambassadors program. The resulting analysis spans over 6 pages which we agreed would not be suitably reproduced in this forum. You can click on the following link to review the full content of KAS Tech Ambassadors . As for the content of this forum post, I will share an excerpt of my personal reflection: Diana Beabout’s words during her visit at Kaohsiung American School still echo loudly in my office: “The Tech Ambassadors are lighthouses, beacons for other teachers. (from  What Are Innovators Like? Everett M. Rogers 1962 p.55). It is clear that their lights shine, reflect, and inspire others. Following the success of a session held by the Tech Ambassadors, one of our ELL teachers hosted an Authors’ Tea this week. In a meticulously time-controlled environment, ELL students shared t
Read more